Since 1998 the Mission of the HFA has been to promote and protect foods made from hempseed, and the member companies making them. It is the world’s only hemp food trade association, and the second-oldest hemp trade association in the world.

Despite hempseed as food being the most widely used hemp product for decades, the first billion-dollar industry segment and 90% of Canadian hemp for years, and the one hemp product that has been sold in tens of thousands of stores around the world for years, with tens of millions of current customers, as well as the most potential future retailers, customers, and products… until now there has not been an organized, informed voice telling the hemp food story.

Started almost a quarter-century ago by vegan soyfoods and hemp food pioneer Richard Rose in order to assist and guide the nascent industry in those early years, the HFA site is still one of the oldest and most complete resources on hempseed foods.

In 2001 when the hemp food market died for 2½ years, almost taking Canadian hemp down with it by suing DEA to stop legalization outright of 98% of the industry with no maximum THC, the HFA temporarily lost its Mission and went dormant, waiting for the day society caught up. That day is today.

Food from hempseed is hemp’s value driver. Unapproved and expensive Hempcrete struggles to find a place in the mainstream building trades, CBD is illegal to FDA and the market crashing, fuel puts expensive hempseed oil into cars instead of stomachs, there is almost no processing in the country for hemp textiles, and hempseed for animal feed just continues the failed CAFO system turning abundance into scarcity.

But hempseed for food is not only a commodity proven in the global marketplace for over 25 years, it is 100% legal to FDA, the best hemp product to fight climate change, has a potential market of 100% of consumers, is the easiest for new or existing companies to add to their offerings, can be used by potentially tens of thousands of businesses, and has the potential to diversify and democratize the hemp industry for motivated entrepreneurs.

Especially in this age of food insecurity, feeding hungry mouths a complete protein high in omega-3 is a noble and high calling.

Hempseed rightly has a role in the growing plant-based foods industry, but the traditional food industry media don’t understand it and the hemp and Cannabis media ignore hemp food’s contribution. Meanwhile, one law after another has been passed hurting the hemp food industry, from California to Washington DC, even Europe. By not having organized advocacy, hemp foods have long been the political sacrificial lamb.

HFA is the trade association for old-school makers of hempseed foods that make you healthy not high. Although one of the essential fatty acids in hempseed is the building block of Endocannabinoids in our body, and for millennia hempseed oil unknowingly contained cannabinoids, we do not promote foods which are marketed as containing cannabinoids such as CBD and THC as it dilutes our Mission.

Not a medicine yet it is medicinal; it’s been found to be anti-inflammatory, anti-oxidant, kills cancer cells and glioblastoma cells, helps with ACE inhibition (reduces blood pressure), and reduces cardiovascular disease. Bioactive peptides have been found in the seed, which is also neuroprotective. Cannflavins from hemp sprouts are anti-inflammatory, and more. Cannabisin in the seed shells is also neuroprotective. Hemp protein can even remediate toxic “forever chemicals.”

Hempseed, hempseed oil, and hemp protein powder are Generally Recognized As Safe (GRAS) to the U.S. FDA, exempt from Novel Food registration in the European Union, and hemp products in general are exempt from the U.N. Single Convention Treaty on Drugs. They need no further approvals or certifications from any government in the U.S., Canada, or E.U. In other words… legal!

Almost 100 companies currently make hemp foods in the U.S. alone, a few are even publicly-traded. And there are dozens more abroad, from China and Japan to Europe.

If you are a consumer, restaurant, or food producer and want to know more about joining the Hemp Food Association or where to source products, please click here to send us a message.

Foods. 2022 Nov 16;11(22):3658. doi: 10.3390/foods11223658.ABSTRACTIn this study, the effect of several agronomical practices on the chemical composition of hemp inflorescences, a potential novel food that needs to be further studied, was observed. Here, the case study of inflorescences from Ferimon cultivars is discussed and submitted to different agronomical practices (irrigation and fertilizers) in different … Continue reading "Industrial Hemp (Cannabis sativa L.) Inflorescences as Novel Food: The Effect of Different Agronomical Practices on Chemical Profile" ...
Read More

Foods. 2022 Nov 16;11(22):3658. doi: 10.3390/foods11223658. ABSTRACT In this study, the effect of several agronomical practices on the chemical composition of hemp inflorescences, a potential novel food that needs to be further studied, was observed. Here, the case study of inflorescences from Ferimon cultivars is discussed and submitted to different agronomical practices (irrigation and fertilizers) … Continue reading "Industrial Hemp (Cannabis sativa L.) Inflorescences as Novel Food: The Effect of Different Agronomical Practices on Chemical Profile" ...
Read More

Planet Based Foods' products feature hemp seed as the hero ingredient, along with pea protein and brown rice, to maximize nutrients and fiber with zero waste. ...
Read More 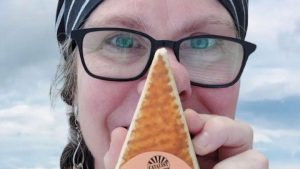 Digestibility and bioavailability of plant-based proteins intended for use in meat analogues: A review

Plants (Basel). 2022 Oct 24;11(21):2825. doi: 10.3390/plants11212825. ABSTRACT (1) Background: Hemp seeds are a source of plant-based protein, making them an appropriate supplement to a plant-based diet. The current work was focused on the preparation of the protein isolate from the hemp seeds with eco-friendly and cheap technology. Moreover, it evaluated the physicochemical and functional … Continue reading "Nutritional Quality, Chemical, and Functional Characteristics of Hemp (Cannabis sativa ssp. sativa) Protein Isolate" ...
Read More

Molecules. 2022 Oct 24;27(21):7196. doi: 10.3390/molecules27217196. ABSTRACT Unrefined vegetable oils from niche oilseeds are now sought after by consumers because of their unique nutritional properties and taste qualities. The color and flavor intensity of niche oils is a big problem, and their refining is not industrially feasible due to the small production scale. The study … Continue reading "Analysis of Changes in the Amount of Phytosterols after the Bleaching Process of Hemp Oils" ...
Read More

Comparative Evaluation of the Nutrients, Phytochemicals, and Antioxidant Activity of Two Hempseed Oils and Their Byproducts after Cold Pressing

Molecules. 2022 May 26;27(11):3431. doi: 10.3390/molecules27113431. ABSTRACT Recently, there has been a growing interest in the recovery of agri-food waste within the circular economy perspective. In this study, the nutritional, phytochemical, and biological features of the cold-pressed hempseed oil (HSO) and hempseed meal (HSM) of two industrial hemp varieties (USO 31 and Futura 75, THC … Continue reading "Comparative Evaluation of the Nutrients, Phytochemicals, and Antioxidant Activity of Two Hempseed Oils and Their Byproducts after Cold Pressing" ...
Read More

Copyright 1994-2022 Richard Rose, all rights reserved. Any views expressed herein are the personal opinion of Richard Rose. This is a noncommercial public service. There are no warranties whatsoever as to the legality, suitability, ownership, purpose, or accuracy of this information. Information found here is not intended to diagnose, cure, treat, or prevent any disease. These statements and subsequent links found here have not been evaluated by the U.S. Food and Drug Administration (FDA). Hemp is not subject to international drug controls and is grown legally around the world. The information posted here is for educational purposes only. This website uses cookies. By continuing to use this service, you agree to their use. This information is provided on an “as is,” “as available” basis without warranties of any kind, express or implied. The user assumes all responsibility and risk for the use of this website. Links are provided only as an informational resource, and it should not be implied that we own, recommend, endorse or approve of any of the content at the linked sites, nor are we responsible for their content, and vice-versa. Unless otherwise stated, nobody pays us to post content. To learn more about how we collect, keep, and process your private information in compliance with GDPR, please view our Privacy Policy. Void where prohibited. Specifications subject to change without notice. If you don’t agree with the above please leave immediately. “Hemp Food Association” is a service mark of Richard Rose, all rights reserved. All patents, service marks, trademarks, and copyrights are the property of their respective owners.